Say you enter a cafe for lunch. Not a café, of course, because it’s hard to add those little symbols to letters while typing and the French suck–this is America, gaddfern it–in fact, we just start pronouncing cafe “cayff”. So anyway, you enter a cayff and want something to food.

How about a salad? Well, you’ve heard some weird stuff about it, some people say the lettuce wasn’t protected against disease and the tomatoes are mushy, but you checked and the lettuce was protected against disease although questions were brought up over the–I’m gonna say some kind of spray that protected it against disease? I don’t know can you imagine injecting lettuce with a needle? I looked it up and apparently a needle was found in some Romanian lettuce but I mean ha ha where even is Romania? Is it in Rome? I also found this which is adorable. 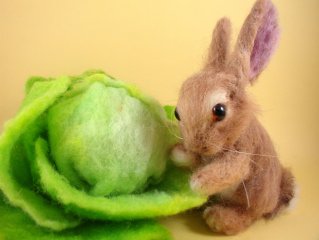 Also you checked and the tomatoes are mushy but, still, overall very healthy, very nice. I actually don’t like salads but I assume most people find them edible!

It turns out this cayff only serves one thing at a time, and it only changes every four years (usually). What it serves is decided upon by all the customers who happen to be there at the time. Whichever side is most populous is what is served for those four years. Everyone seems to be focusing on two dishes though, neither of which is the salad. You ask a waiter about it, and they shrug. You ask a few more waiters, and then finally you ask someone who has eaten at the cayff before and they explain that the salad is available down in the basement past a rickety set of stairs, through a flooded passageway, over a wobbly wooden rope bridge over a chasm, and through a Roman gladiator coliseum. They put it there, and nobody ever took the salad, and so they left it there.

You manage to see it using some binoculars or something, and yep, it would be really hard to notice unless you go around asking and looking. No wonder no one goes for it.

You also notice a plate of butter-fried butter covered in nickels with a side of no health care.

why are we eating here again

Okay, okay, okay, what about the other one? Hey, it’s a steak! That’s pretty good, right? It has a side of white bread sogged up with grease and a big hole cut in the center so it’s mostly just the crust, but maybe you won’t have to eat that. Maybe you can just eat the steak.

Although… now that you are remembering, your friend ate here a little while ago for breakfast. They had two steaks available, but one included a fruit salad, though there were some hard bits in the steak. The other steak–the one that is now available for lunch–was actually made of rat meat. Or pigeon meat, or whatever you want to say. Now, they’re saying this lunch steak is not made of that stuff. It is 100% grade-A beef, and it even offers some of the fruit from the fruit salad.

You don’t see the fruit salad, though (they say it’s coming), and you can’t be sure they’re telling the truth about the content of the steak. Sure, your friend could have been lying, but why would they lie, and also, I only said it was a friend because I thought this story might be inconsistent if you’d eaten here before. The breakfast metaphor doesn’t even work all that well. Also, some of the steak’s friends showed up and are dropping hints that the steak would go ahead with the TPP anydangway.

Let’s take a brief moment to reiterate the orange Skittle was poison. Also I can’t actually tell if Skittle is the singular form or if it really is just Skittles overall. Also Skittles is starting to look really weird. Oh yeah and by the way orange is my least favorite Skittle flavor. Actually I don’t like orange-flavored most things. Yet they always seem so common.

What was I talking about? Oh, right, the steak.

To push this metaphor unnecessarily further, everyone is divided into tables and each table’s vote is homogeneous, the plurality vote of the table is considered the general vote. You get dumped at a table full of people who don’t think that Skittle is poisonous. You might as well drum up awareness of the salad. The more people who know, the closer we can get to having more choices.

THIS METAPHOR STOPPED BEING BRIEF HALF AN HOUR AGO I APOLOGIZE

Make like a tree and leave... a reply! Cancel reply

This site uses Akismet to reduce spam. Learn how your comment data is processed.